Christmas, birthdays, treat yourself moments; it all adds up. Your accountant might shake their head in dismay because you spent more than you should have. But there’s ways you can curb your spending and make that monthly credit card bill sting a little less.

You’re unconsciously spending $1000+ dollars on coffee per year. That’s a return ticket to an Asian country or a staycation in the city.

If you desperately need a fix at work, buy your own instant coffee (or ground beans if you’re a coffee tragic) and  some milk and take it to work with you. Would you rather spend $16 on a jumbo size Moccona that will last you a month or $4.50 on a coffee that mightn’t last five minutes?

Property guru Tim Gurner’s scathing attack on our favourite breakfast started the famous smashed avo vs housing affordability debate. Make it at home as often as you can but if you must, only eat out once or twice a month.

It’s the ‘going out’ expenses that hurt our wallets the most. Unless you’re charging it to a company card, the costs of those cocktails and gourmet meals stack up quickly.

Humans are visual people. When you write out a shopping list and look at it repeatedly you’re less likely to put extra stuff in the trolley.

Discount isn’t a dirty word in the least. Discount shoppers brag about their purchases for a good reason; they bagged a bargain when someone else paid pull price for the same thing! Here’s some simple swaps:

When was the last time you used a piggy bank? Time to start that good habit up again. Put that spare change in the bank at the end of the week and in the words of Kanye West:

Syndeo Group provides no client services. Please refer to your letter of engagement for details regarding the entity providing the specific client service.

Liability limited by a scheme approved under Professional Standards Legislation. 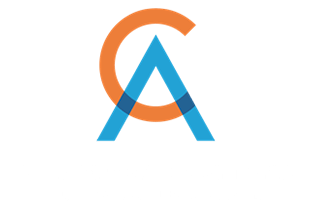